The daily newspaper LE SOIR mentions rumors of Zakaria Naïdji might be involve in a transfer with EXCEL MOUSCRON CLUB. The coach Bernd Storck is about to clean up his team after a difficult first part of the season. With a relegation first place, several players will be released and several arrivals are scheduled. 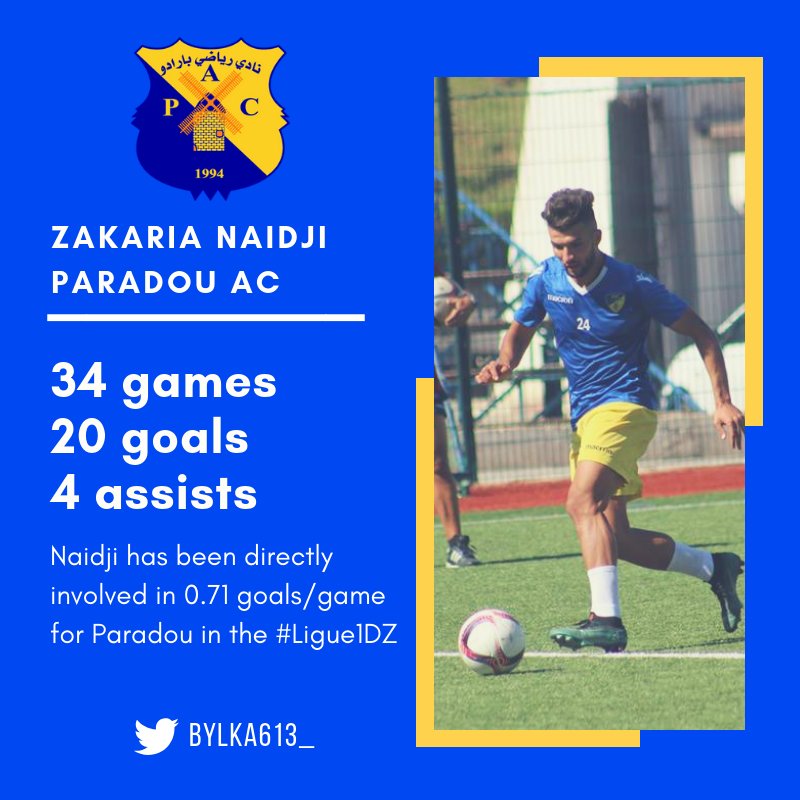 Naidji one of the most prominent players in the Algerian championship, is the top scorer. The striker 23 years old of age playing for Paradou AC has already 11 goals and 3 assists in 15 games. He scored almost more goals himself then the complete squad of Excel with a sheet of 12 goals in 18 league games. The Algerian striker could be part of the new transfers of the Belgian team, which is sorely lacking scorers. And without surprise with the season he is having their might be more rumors of Zakaia Naidji transfering to another team.