This week we had 26 games involving 36 Jmg Players. With 13 wins, 7 ties and 6 losses we collected 467 points out of the 75 points available.
We had 2 JMG DUEL in witch where involved former JMG academicians playing against each other. First one was in the Belgium championship opposing Theo Bongonda playing for Genk and Francis Amuzu for Anderlecht, it was a 1 -0 win for Genk. The second game was in the Turkish championship opposing Karim Hafez playing for Yeni Malatyaspor and Ahmed El Messaoudi from Gaziantep whow did not dressed for the game his team lost 2-0.

This week our goal scorers where Adama Traoré in the Turkish League whom also collected one assist and a yellow card and our second scorer of the week was Amadou Haidara playing in the famous German Bundesliga.

Sofian Kiyine
Not in Uniform

Alidu Seidu
Was a Substitut
Salis Abdul Samed
Not in Uniform

Boubacar Traore
Played the complete 90 minutes of the game

Cheick Doucouré
Not in Uniforme was with National team 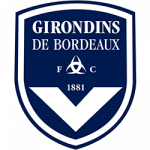 Youcef Atal
Not in Uniform with National Team
Hicham Boudaoui
Yellow Card at 46th minute, came out at the 84th minute

Ramy Bensebaini
Not in Uniform injured

Karim Hafez
Not in Uniform

Gervinho
Not in Uniform