Leopards: what Théo Bongonda will bring to the DRC

Disappointed after his remarkable season of not being among the players on the extended list of 26 players and 11 reserves. who will play Euro 2021, Bongonda said ” I feel more consideration abroad than in Belgium. You know my qualities. If I had to be called up, I would have been called  up already ,” he complained after the Belgian Cup final last April. Coveted by the DRC in previous years, the native of Charleroi preferred in first position the choice of Belgium rather than the Congo ” If Belgium does not call me, I will play for the Congo  “, he declared to the Belgian press.
“I play regularly with my club, I score the goals, Belgium trusts me, the coach of the senior national team tells me to wait and hope for a call-up, but I choose the DRC because they no longer need me than Belgium,” he explained.

Théo Bongonda is now eligible to play with the DRC Leopards. FIFA has validated his application for Congolese sports nationality. Meanwhile the Congolese selection is rebuilding with a new coach. Hecto Cuper and his technical staff have decided to call on the services of Théo Bongonda. The “Bongonda” profile would be the best reinforcement for Hector Cuper? The days to come will tell us more.

Flamboyant during his years at Celta Vigo, between 2014 and 2018, he hoped to play for the Red Devils of Belgium. For 3 years, from 2014 to 2017, he had already represented Belgium for the U19s and U21s (12 games) in official competitions. At the dawn of the play-offs for the 2022 World Cup, here is what the striker can bring to the national team:

From the top of his late twenties, Bongonda already has more than 275 matches at the highest European level. His stints at Celta Vigo (Spain, 61 games) he participated in the Europa League, Trabzonspor in the Super Lig (Turkey) and especially his experience in Belgium (Zulte-Waregem and Genk, 126 games) he participated in the League of UEFA champions with Genk this season.

If he is going to discover a senior A selection for the first time, Théo has several matches at European competition level. With Belgium, his experiences with the U17s and U21s left him with the desire to discover more, which Martinez never offered him who wanted him to “wait”. For a 25-year-old player, among the captains of Genk, it’s already quite a journey.

Between his visits to three European countries, the native of Charleroi has above all scored a whopping 62 goals, half of which, 31, over the last three years. This season, he already has 28 games (in all competitions) for 7 goals in Jupiler Pro and two assists. He played against the best European clubs: Barcelona, ​​Real Madrid, Atletico,

Zinedine Zidane, at the time coach of Real will say of Théo that he was “a very good player”, from 2016, following a good performance against his team.

Cuper can use it on several sectors of the front of the attack in point, in the company of Cédric Bakambu or on the sides. Bongonda trained at the JMG academy in Lierse in Belgium   can help out on all attacking positions, even if the left side remains his favorite. During his spells in Spain and Turkey, he played a few games in attacking midfield. His swaying dribbling and his intrinsic ball-to-foot quality will complement the attackers in the den. 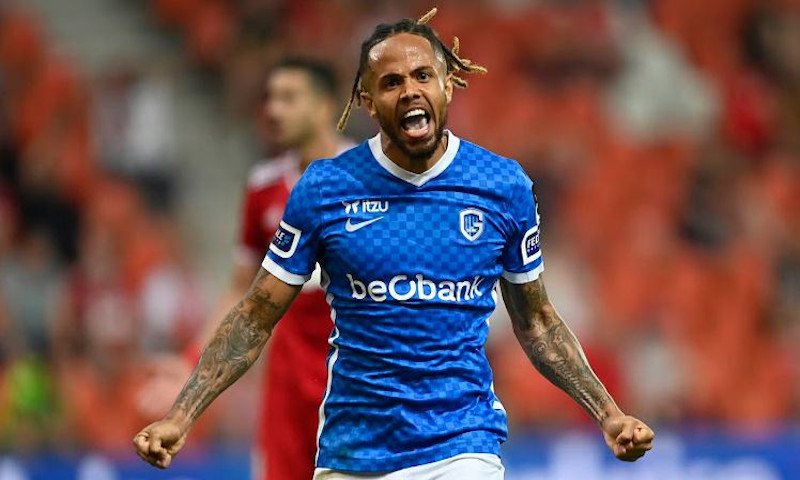 “If the DRC does not qualify, I will not stop  coming” ,

“I’m someone who always says what he thinks even if sometimes it doesn’t go well. »

“Despite all the ups and downs in my career, I have a strength of character”

“I am not an example, I just play football”

A.Puzo February 28, 2022 3584
Sofian Kiyine and Rominigue Kouamé among the top dribbler in Serie A and Ligue 1

A.Puzo February 14, 2022 3445
Rennais Stadium. “Mali is everything for me”, Hamari Traoré confides in his country