Barely appointed interim coach of the Red Devils, Ralf Rangnick already has a target for the winter transfer window.

Manchester United are ready to bend over backwards for new coach Ralf Rangnick. According to the very serious daily The Times, the Red Devils will release funds to allow the technician to strengthen his team during the next transfer window. The German targets in particular the midfielder of RB Leipzig, Amadou Haidara (23 years old, 17 games and 3 goals in all competitions this season). Under contract until 2025, the defensive midfielder trained at Mali’s JMG academy has a £ 33million release clause in his Leipzig deal.

“My dream club is Manchester United. I will fight with all my strength to one day play for this club ”. 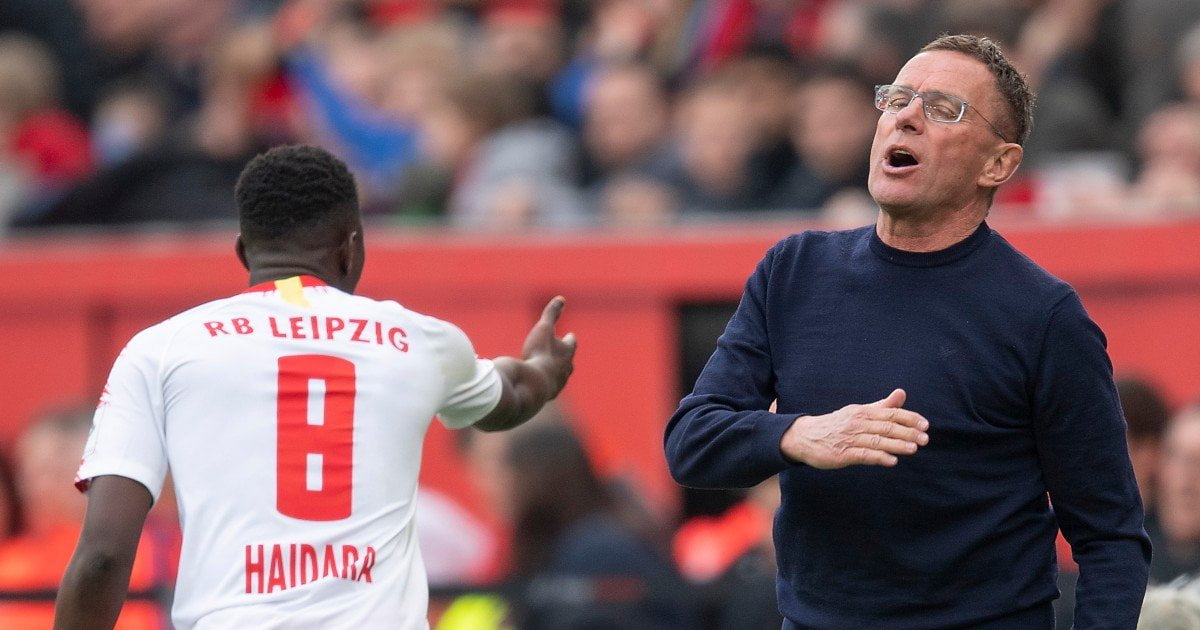 What are his links with Rangnick?

It was in 2016 when Austrian champions Red Bull Salzburg spotted Haidara at the Jean-Marc Guillou Academy in Bamako, Mali that Rangnick made his acquaintance. The 24-appearing international for the Mali national team made 83 appearances for RB Salzburg before moving to Leipzig midway through the 2018-19 season. At that time Rangnick was in his second term as Leipzig coach and having also served as director of football for both clubs, he would have been well aware of Haidara’s potential. Amadou arrived in Leipzig with a cruciate ligament injury, but once in good shape Rangnick made sure he had played at least a role in the last nine Bundesliga games of the season.

The Malian feels his best when playing the role of 6 or 8, but has played in various positions depending on the coaches for whom he played.

Julian Nagelsmann enjoyed moving Haidara to midfield in his final season as Leipzig coach in 2020-21, putting him right and left in some games. But this season, new coach Jesse Marsch has played him almost exclusively as a central or defensive midfielder. He is best suited to the skills of a player who brings a lot of energy, is not afraid of getting stuck in the tackle, can handle challenges well, is strong, efficient and favors north to south runs when has the ball. Like any player trained in a JMG Academy, he excels in technique and ball control.

“Steven Gerrard is the legend of Liverpool Steven Gerrard was a fighter, a captain who never gives up. When I was a kid I watched all of his Premier League games. He was so intense – and that’s also what I want to show on the pitch. He inspired me a lot. “

Here are the reasons why Rangnick wants Amadou Haidara

Haidara’s statistics confirm this. He has scored two Bundesliga goals from 12 goal attempts so far this season and scored six goals and scored three more last season. Statistics also show that in his 12 Bundesliga appearances this season, Haidara is putting pressure on his opponents an average of 19.67 times per game.

So not only would Haidara lead United’s pressing in midfield, but he’s not afraid to step into the box when they have the ball. He has also proven that he can finish his chances when they get in his way. But his main job would be to make sure United have mastered the fights in the midfield, which just hasn’t happened in too many games this season.