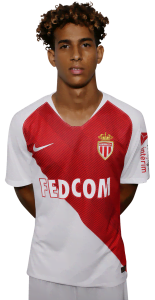 The AS Monaco U19s beat Sporting Club Bastia (5-2) at the of the 10th day of group D of the French youth championship, at André stadium Vanco (Beausoleil). On the occasion of this meeting, the young Malian prodigy Abdou Salam Ag Jiddou (18), who joined France championship this summer, has distinguished himself by a decisive pass

Diadie Samassekou (Red Bull Salzburg)
Red Bull Salzburg remains a master in the Austrian Bundesliga, which dominates with head and shoulders in their championship, they are now with 12 wins in 14 gaames. If Diadie Samassékou, who played the Europa League on Thursday, chained with the Red Bulls, his compatriot Amadou Haïdara “Doudou” was spared for this weekend.

As part of the 13th day of the English Premier League, Brighton (12th,14 pts) with Yves
Bissouma whom entered in the 39th minute of play, lost their game 2-1 on the field of Cardiff
City.

Cheick Oumar Doucouré, (RC Lens)
Both Cheick Oumar Doucouré, in the starting line up and Souleymane Diarra who entered at the 74th minute of the game played this Saturday for RC Lens. They lost their game 2-4 against Valenciennes , they are now in 4th position of the French Second division with 26 points.

The Salzburg Red Bull with Diadié Samassékou and Amadou Haïdara “Doudou” qualified and remains on a nice dynamic of 4 wins in as many matches in Group B of the Champions League, wich qualifies them for the 16th round. They imposed themselves easily in front of the Norwegians of Rosenborg, with a final score of 5-2.

Hamari Traoré (Rennes)
For the second day in a row, the right-back of Stade Rennais Hamari Traoré, remains in command of the ranking of the “Best Malian L1”. He was again equal to himself in the draw of the Breton club against FC Nantes (1-1), Sunday, as part of the 13th day of the championship. As often in those games between Rennes and Nantes in particular, the intensity of the match created an high a level of technical waste. Both teams played a big physical game. Malian international Hamari Traoré right lateral Malian international Hamari Traoré, gave a correct performance. He has well contained Waris and was only put in trouble when the Nantais were in numerical superiority in his lane. The Eagle earned a score of 6/10 and remains in top of the ranking of the “Best Malian of the L1”, at the end of the 13th day.