This 12-09-2021 at 09:00 at the Parc Roazhon stadium began the match between Rennes and Reims and which ended 90 minutes later in favor of the Reims team with a 2-0 victory. The JMG academics of the Reims team are Fodé Doucouré who was not in uniform and Moussa Doumbia who was not present because he was  with the national team. For Rennes we had JMG academician JMG Hamari Traoré who played the entire match. 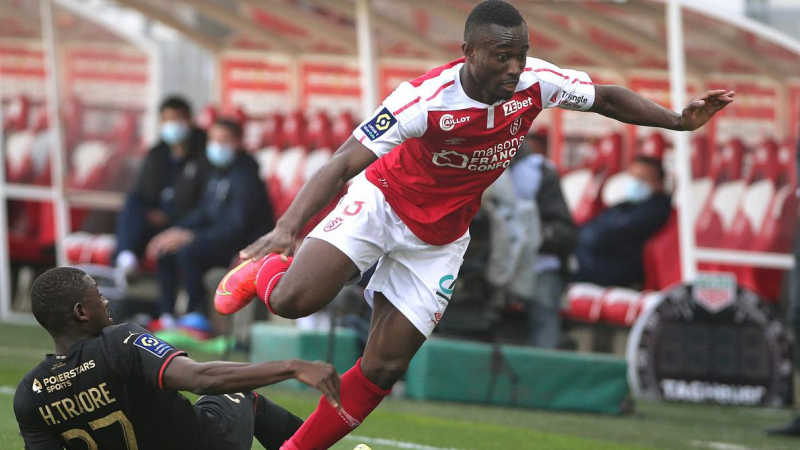 It is a very weak possession of the victorious team with an average of 36% against 64% for their opponent. Despite a fairly reduced possession for Reims, this will not prevent player Hugo Ekitike from scoring in the 26th minute thanks to a nice pass delivered by Ilan Kebbal. Time flies and the player N’Dri Philippe Koffi also managed to put the ball in the net in the 67th minute after once again, another assist from the excellent player Ilan Kebbal. The end of the match is still pretty good to watch with a few failed attempts from both teams. A yellow card will be issued in the 78th minute to player André Gravillon of the Stade de Reims team, but it will be the last memorable action taken for both teams. For some this JMG duel will have been a happy ending, but unfortunately for others such has with only academician Hamary Traoré it will leave a rather bitter taste.