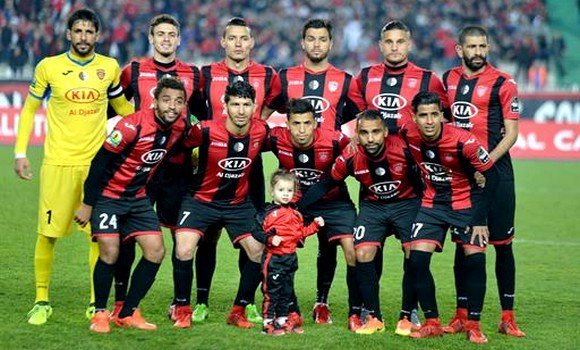 Karim Benkhelifa  number 17 on loan with USMA since last summer from Paradou AC, was formed at JMG Soccer Academy in Algeria. From his first official appearance, in the championship against ESS, Karim Benkhelifa managed to win his place in the starting line up of USMA and he is part of the elements on which depends his manager Billel Dziri for every game. Very good recuperator, excellent in the game animation and technically gifted, the young Karim Benkhelifa playing as midfielder will undoubtedly become a favorite of the fans and become the successor of Mohamed Benkhemassa.

On Wednesday, October 23, against CABBA, Benkhelifa, offered a first-rate performance, he has an assist on the second goal scored by Zakaria Bencha, and he scored a goal after a quick counterattack led by Muaid Ellafi. The club’s management have made a big hit last summer by hiring Karim Benkhelifa, who has established himself as a centerpiece in the Soustara squad in just two months.

We have to remember that Benkhelifa few months ago threatened to leave the team just two weeks after signing his contract with USMA.  He then boycotted the team, refusing to return to training with his teammates because he did not receive his bonus advance of four months salary as negociated on his contract with the USMA management. He returned after being convinced by some of his team mates to stay with the team.