BENSON IMPROVING WITH HIS GAME WITH EXCEL OF MOUSCRON 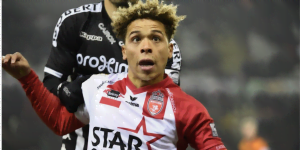 Manuel Benson, the 21-year-old winger has four assists and a goal on his last four appearances. The 21-year-old player formed at our JMG Paradou Soccer Academy on loaned by Genk to Mouscron Excel, is on fire and he attributes that to a “more conscientious” approach.

“I still have to be better, my goal is to make a goal or an assist every week. I was still young when I arrived in Mouscron, but I have grown since the beginning of the season. I can only thanks the coach for being on my back as he was. I also take full advantage of the advice of a player such as Mbaye Leye. His experience and advice helps me.

“I am more patient”
I also understand the importance of the daily work while developing my intelligence and comprehension of the game. “I understood that the game  without the ball is more important than when I am in control of the ball, confides the native of Lokeren. Before, I wanted to touch the ball all  the time, now I can do five, eight,ten minutes without the ball. I am more patient and with age, I read the game better. 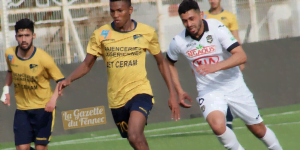 ParadoU AC midfielder, Hichem Boudaoui (19 years old) is in the sights of Stade Rennais (French LIGUE 1) who wants to enlist him during the next summer transfer window.

According to the French sports website “LE ONZE MONDIAL“, the French club, would closely follow Paradou young midfielder, Hichem Boudaoui. Rumors  says he is part of a list of midfielders that Stade Rennais would be interested for future recruitment.
Formed at the JMG Paradou Soccer Academy,  Hichem Boudaoui who is one of the revelations of the season in Ligue 1 mobilis received his first convocation with national team on December 27, 2018 where he took part in a friendly game against Qatar. 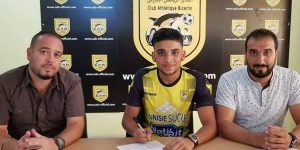 The defensive midfielder has signed a three-year contract with the Tunisian club’s management. Anis Allali therefore decided to try his luck outside Algerian lands, having done all her classes at Paradou AC. 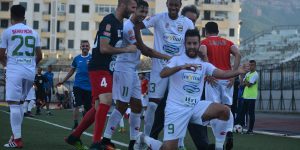 Djelloul Daouadji quickly established himself as a key player in the JSMB squad. Author of 4 goals, the ex-player of Tadjenanet, who has been formed at the JMG Paradou Soccer Academy, is revealing himself with the Green and Red Team of Bejaia. He says he is very happy with the the actual performances of his team and believes that it will be necessary to continue with that dynamic of accumulating good results.

ZAKARIA NAIDJI : « I DREAM OF PLAYING THE CAN AND LEAVE FOR EUROPE » 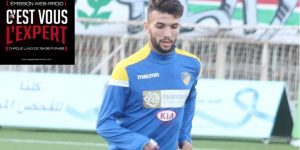 The center-forward of the first training center in Algeria, JMG Paradou Soccer Academy, has great ambitions for himself and his future. But he also has big ambition for the  actual present time with his team AC PARADOU. “I scored 16 goals and my president at the beginning of the season said that I had to score 15 so that’s fine. But my objective now is to break the record of 20 goals held since 1995 … To score all time record 36 (note: Nasser Bouiche record with the JSK in the 80’s), we will have to add ten matches to the season.

“I want to join a club in Europe”

Obviously questioned about his future, Naidji, aged 24, feeds European ambitions while tempering the big Algerian clubs that would like to use his services. “I want to go to Europe. My friends (note: Darfalou, Bensebaini, Attal in particular) are there, they play games, I talk to them all the time and I would like to go and play there. An experience with JSK at Mouloudia? I do not know it might take time to adapt to a club like that. In Algeria, I enjoy stability with Paradou. I’m stayed here to be calm and focus on my goals”.

“I have no experience in Europe so I do not close any door. If teams contacts me, I will study there offers and I will see after what team is the best for me. For the transfer window, sincerely if I had to choose, I would like to go to France or Belgium …Zakaria Naidji shows us this year that he has talent and obviously knows perfectly what he must do to play at higher levels. Remember his name,  he will not fail to have us talk about him and very quickly.