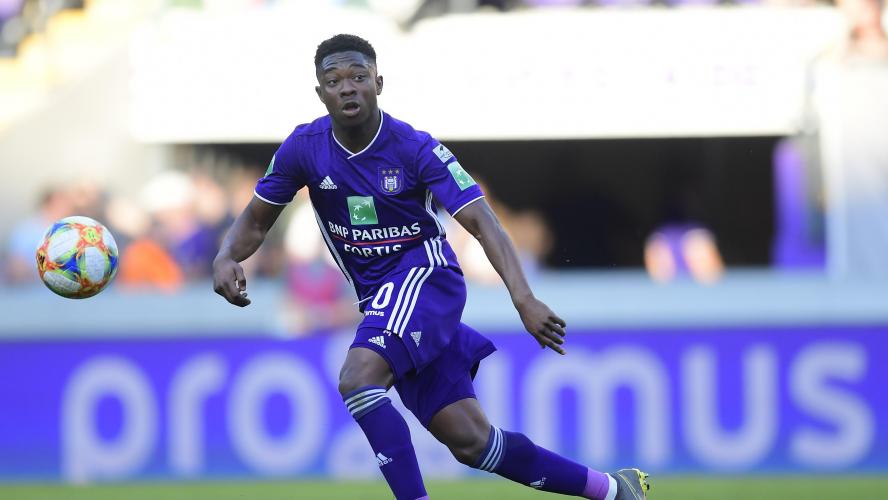 Francis Amuzu, the RSC Anderlecht winger, has extended his contract with the Brussels club until 2024, the RSCA announced Thursday via a video posted on social networks.

“I started at RSCA in U16 when I was 15. Every season I have been champion and I hope that will be the case this season with the first team. I am very happy to extend my contract until ‘in 2024. It is a mark of confidence, ”Amuzu said.

Amuzu, 20, made his professional debut on December 22, 2017 with Anderlecht against Eupen where he scored the only goal of the game. Last season, the international hopeful, whose contract ran until 2022, made 21 appearances with RSCA and scored three goals.

Anderlecht never stops arming their youngsters. After the contract extensions of Sardella and Kana, it’s Francis Amuzu’s turn to have officially extended his purple lease until 2024. The previous one expired in 2022. Next on the list is Antoine Colassin who shouldn’t delay in extending it too.

“I am extremely proud to have resigned with RSC Anderlecht,” Amuzu said on the official Anderlecht website. “I thank the club for the great confidence they place in me and in the other young people trained at the club. I can’t wait to give it my all in order to score many goals and make the decision often in the next season. “

RSC Anderlecht continues to extend its young talents and among them, a player criticized during the past season: Francis Amuzu, who receives a nice sign of confidence. He will now have to prove himself worthy of it.

In youth we trust: this slogan is not in vain in Anderlecht, where youth is at the center of the project, but is certainly not a hollow mantra either – places are dear to the RSCA and have the stamp “Neerpede” on the back is not synonymous with a contract extension or a place in the squad without conditions. Thierry Lutonda, sent on loan even before the preparatory meetings, can attest to this. A lease extension is a real sign of confidence and Francis Amuzu can, as such (and like Killian Sardella also extended a little earlier), be delighted.

Because the situation of the international hopeful winger has at times seemed uncertain: too little decisive, too predictable, irregular, imprecise in the last gesture – Amuzu was not spared by the critics, on the part of the supporters, the observers but also a coach who did not hesitate to leave him on the bench, or even to take him out of the workforce at the end of 2019. Not a minute of play in November for Francis Amuzu, invited to increase his level of play.

An interesting end of the season

The alarm bells were even sounded when, after two games in December, Frank Vercauteren again deprived himself of Amuzu for the last two games of the year. The winter break must be decisive for the player, who then counts in all and for all an assist in 12 games over the season.

Like his counterpart on the other wing and close friend Jérémy Doku, Francis Amuzu will then start the second in 2020, and particularly during the great end of season series: 3 goals and 2 assists in 8 games, including a performance of choice against AS Eupen during the anderlechtoise goleada (6-1). Holder, he does not suffer from the competition brought by Marko Pjaca, which we nevertheless imagined that he was going to supplant him.

Result: no one evokes a departure which was nevertheless in the pipes a few months earlier. We imagine that if a club had deposited a fortune on the table, the RSCA would have thought about it, but the specific circumstances quickly ruled out this chimera, which led the club … to extend its player until 2024: not a lease in the short term but a real proof of confidence … and the assurance that if Amuzu leaves, it will be for a pretty sum.

Still, Francis Amuzu finds himself at the dawn of a very important season. This is the flip side of the Anderlecht project: each summer will bring its share of new talented young people since Neerpede, and the most promising of these talents evolve on the wing; these are all talents ready to dethrone the players of team A at the slightest sign of weakness. A season with 3 goals and 3 assists will no longer be enough for Francis Amuzu.

However, the sympathetic wisp can be inspired by a strong example: that of a certain Frank Acheampong, with a similar profile. The Ghanaian had at the time crystallized the critics during his first seasons: with lightning speed but imprecise in the last gesture, Acheampong had then acclimated to become “Mister Europe”, a player both appreciated by fans and important to the club. Without necessarily presenting mind-boggling stats, he had improved his impact on the game – while also raising his level of play impressively in the Europa League.

For this last point, Amuzu will still have to wait. But if he stays the course and continues to progress by accepting criticism, the Imp may explode. He has all the cards in his hand …