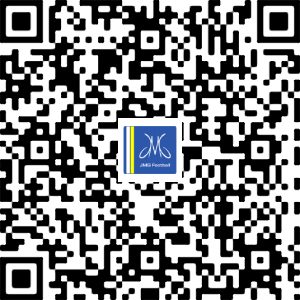 Man of the hours of glory of a SCO Angers that he will bring back to D1, until the UEFA Cup, between 1969 and 1975, Jean-Marc Guillou is one of the most underrated French players in history. His 19 small selections say nothing of a talent that made him the best French player before the arrival of a Platini generation.

At 30 years old, the best French player of the year a few months later, decides to leave his favorite club, SCO Angers , relegated to D2 after a defeat against OGC Nice. At the top of his game, many clubs want to recruit him. Coveted by Real Madrid, the only regret of the French midfielder is not having been able to play in La Liga, the town hall of Angers having blocked the transfer.

Several proposals but which to choose?

“I had proposals from five other clubs: Nice, Marseille, Bordeaux, Strasbourg and PSG, but I can tell you that if Angers had stayed in D1, I would not have left. »

First seduced by the project of the capital club, Guillou finally committed to Nice where President Loeuillet had convinced him.

“I chose Nice because I was offered a long-term contract”  which provided for four years as a player and, more surprisingly, three additional years as a coach. “I was  happy that the leaders had such confidence in me, that they were convinced that I had the qualities to become a coach. »

During the World Cup in Argentina, Guillou had already left his mark on OGC Nice by finishing vice-champion of France in 1976 behind the Greens, reaching the final of the Coupe de France against Nancy de Platini.

Jean Marc Guillou has the historic status of only coach – player in Ligue 1.

In 164 matches (14 goals), the elegant midfielder offered Gym supporters a few moments of football anthology. Between November 1976 and January 1977, during the resignation of Vlatko Markovic and before the return of Léon Rossi, Jean Marc Guillou was a player and coach. And just up to this date he is the only French player to have accumulated the 2 positions at the same time in LIGUE 1.

It was in 1979 in Nice that Jean Marc Guillou ended his career as a player, and officially took up the title of coach with Neuchâtel Xamax in the Swiss championship. In 1983 he became coach of AS Cannes and hired Arsène Wenger as an assistant. In 1993 he started his football academy project in Ivory Coast at Abdijan in partnership with ASEC MIMOSA.

Subsequently he created the  JMG Football Academies and from there began the history of training players as famous as Yaya Touré, Kolo Touré and others.

Also an interesting article to read published on the site “LE QUOTIDIEN DU SPORT”  Jean-Marc Guillou, the most underrated French player in history?