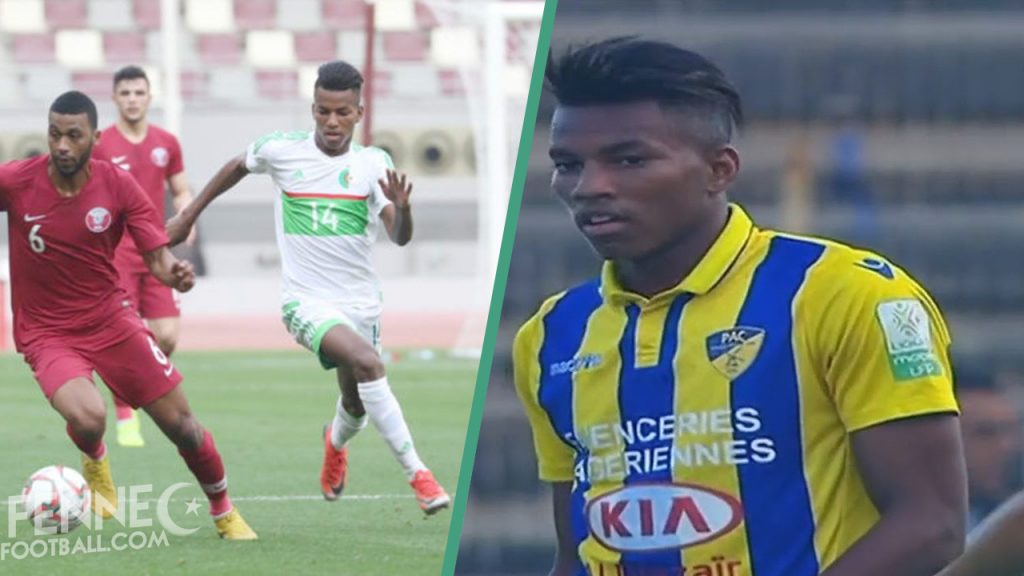 Hichem Boudaoui stands out as the new revelation of Algerian football

Under the spotlight in four days, after a second selection in A against the Gambia and a qualification obtained with the U23, Hichem Boudaoui stands out as the new revelation of Algerian football. A year earlier, he was training with the junior national team preparing to face Tunisia in the CAN U-20 qualifiers. At that time, Boudaoui had played only 181 minutes with Algerian senior D1 club Paradou.  He had only one starting against MC Oran and a first appearance against USM Alger in January 2018 ..

A year later, the native of Bechar, who has not yet celebrated his 20th birthday, already has two matches in national team A. He might be a serious contenders to go to CAN 2019.  A meteoric rise for the midfielder Paradou AC who played with the EN Juniors (U20), Espoirs (U23) and Seniors (A) in the last 12 months.

According to Spanish coach Josep María Nogués, “Hichem is a player who works hard all week and listens to instructions”.
Nogués adds: “It is a defensive midfielder with many qualities, who can also play more advanced, he is promised to a bright future in professional football”.

This season, Boudaoui has raised his level of play by a few notches with Paradou. Thanks to a rare combination of speed, vivacity, intelligence and technique. On the roster list since the beginning of the season, he has largely contributed to the success of the club. Paradou AC occupies the third place of the championship despite it is the youngest team in the championship.

His performances have not gone unnoticed since last December he was voted best player of the month by Maracana.

He was also honored with the title of best hope 2018, following the footsteps of another hope of the JMG Academy of Paradou, Youcef Atal, winner of the previous year 2017. This recognition of his peers in the league is accompanied by the fact that he has the confidence of the staff in place in the national youth teams for the past two years. Even more, his convocation by the national team in December against Qatar sounds like a recognition of his rise and a chance for him to show his skills at a higher level. He succeeded brilliantly the test and encourage the coach who did not hesitate to reassign him to play against Gambia.

Today, his reputation exceeds the Mediterranean sea where several clubs show their interest for Hichem Boudaoui. Recently, scouts were present at the Stade Omar Hamadi de Bologhine to attend the game between Paradou and the leader, USM Alger, punctuated by a victory of Paradou 2 goals to 1.

From now on, everything suggests that Boudaoui like several other academicians trained by the JMG Soccer Academy will leave Paradou for Europe.  He would be joining a growing list of JMG Algerian Academicians representatives that includes Ramy Bensebaini, Youcef Atal, Farid El Melali and Tayeb Meziani. If this season a Nice player makes the happiness of the Ligue 1 Conforama by being one of the revelations to his post, he could be joined next season by another Algerian also looking for a recognition beyond his own borders.