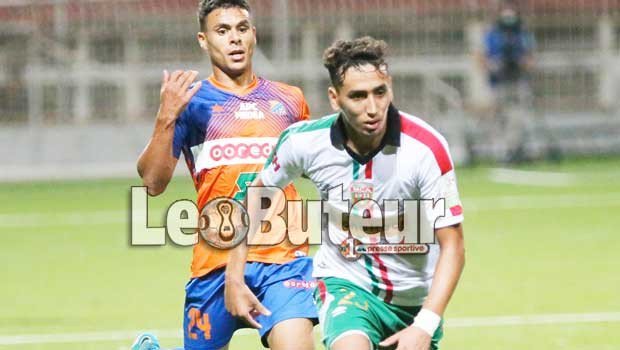 Abdallah El-Mouden a final transfer to Mouloudia FC unlike his first pass when he was loaned by Paradou. Indeed, the Mouloudia of Algiers assured his seventh rookie during this summer mercato which is Abdallah El-Mouden after the MCA leadership found a common ground yesterday with his counterpart of Paradou.

It was Bernard Casoni who insisted on El Mouden

According to a reliable source, we learned that President Hireche managed to have El-Mouden not as a loan, but a definitive transfer. It should be pointed out that it was Bernard Casoni who insisted on the former El Mouden trained at the JMG academy of PAradou to return to the club because he knows the qualities of the player and he believes hard that he will bounce at Mouloudia as on his first visit.
President Hireche did not wait long since he had concluded everything with the player four days ago and it remained only to negotiate with the management of Zetchi to obtain for Abdallah El-Mouden a final transfer to Mouloudia FC. The Paradou As finally agreed to transfer it permanently to Mouloudia. So, Abdallah El-Mouden is back in Mouloudia thanks to Bernard Casoni.

I’m happy to find the house and my old partners

Joining the group on Polish soil with Zidane Mebarakou, Abdellah El Moudene also spoke about his return to the club and his reunion with Bernard Casoni. “I was at the MCO but none of the leaders got in touch with me to offer to stay. There was Casoni who contacted me to propose to come back. I was very happy and I did not hesitate a single second to come because the Mouloudia is a very big club and each player dreams to wear the colors of such a prestigious club. I’m happy to find the house and my old partners, “he said.

This time, inch’allah, we will win a title at the end of the championship

“Two years ago, we played the best football but without winning a title, we will try this time to hang a trophy”
Realizing a great season at Mouloudia, which was practicing at that time an enticing football under the thumb of Casoni, El Moudene does not want to live the same scenario again by finishing the exercise without any title. A scenario that has remained across his throat. “There are two seasons, we were playing the best football in the championship. We produced a high-quality football but in the end, we won nothing. This time, inch’Allah, we will win a title at the end of the championship, “said the ex-Pacist in conclusion.