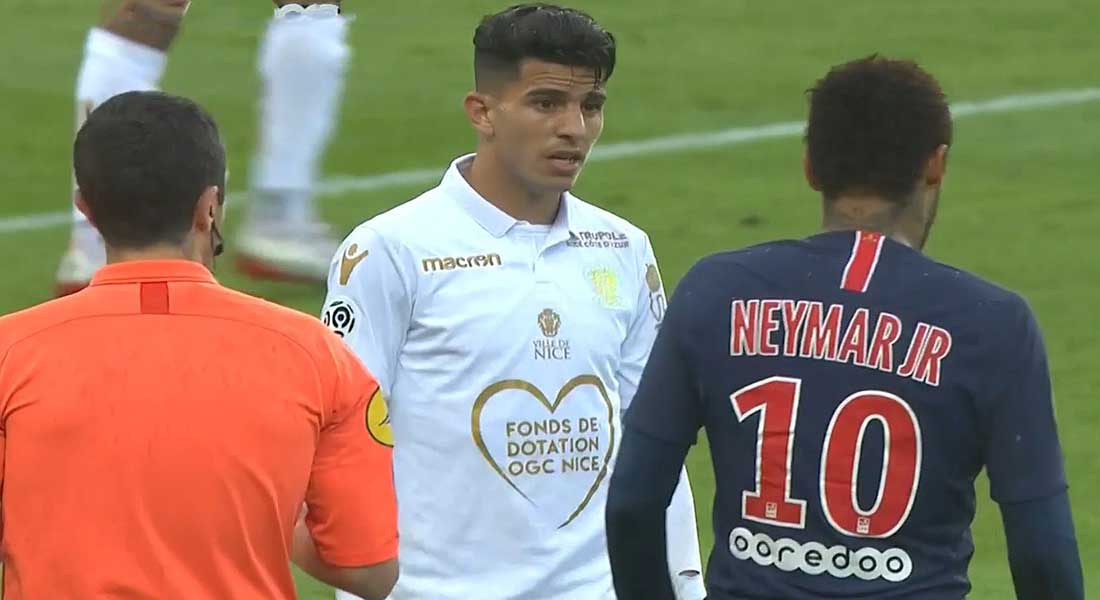 Youcef Atal PSG as revealed by France Football, Paris Saint-Germain has recently begun talks with the entourage of Youcef Atal. His demonstration against PSG a dozen days ago, where he tortured Juan Bernat during a good part of the game, would have convinced the leadership of the capital’s club.

Their competition are also looking tough on the Algerian international,

Youcef Atal, aged 22, formed at the JMG Academy in Algeria, arouses the envy of many foreign clubs, who have noticed him, throughout the season of Ligue 1. As stipulated on the website of JMG Management Youcef Atal is among the top 5 dribblers of the European championships. The bright qualities of the right Algerian side. He is percutant, fast and energetic, the OGC Nice player has emerged as the revelation of the championship at his position. It is mentioned that Inter, Naples and Atlético de Madrid are interested by Atal.

According to the Paris United media, Diego Simone would have a good head start on this issue. Indeed via Twitter the media goes further by revealing the intentions of Youcef Atal. The young defender of the OGC Nice, able to evolve in the midfield, would currently give preference to the Spanish championship. Rumors that he interested Altético de Madrid came to his ears. A dream in his eyes.

So, Paris Saint-Germain would not be in a position of strength regarding Patrick Vieira’s protégé, which pushes the club of the capital to accelerate things for the reinforcement of the player of the OGC Nice, but his possible arrival could cost around 20M €. Remember that OGC Nice, Patrick Vieira in the lead, has no intention of giving up his player this summer, after having recruited him for € 3.5 million.